Vasishtasana - The Pose, The Sage

Vasishtasana is a handbalance pose named after the sage (rishi) Vasishta. Here is one story that seemed like a good introduction to this manas-putra of Brahma because it weaves in the divine aspect of sri via Kamadhenu (the image you see to the right of the Cow of Plenty) and incorporates another character who is venerated by a yoga posture, Visvamitra.

Once upon a time there was a sage named Vasishta who lived in the forest with his companion Kamadhenu, the Cow of Plenty. Along came a king named Visvamitra and 1,000 of his men seeking shelter. They were tired and hungry after a long bout of hunting and knocked upon Vasishta’s door hoping to be assisted.

Gladly Vasishta welcomed them in. Kamadhenu, the Cow of Plenty, was called upon by the sage to provide the king and all of his men with food and bedding. The king took a mental note on Kamadhenu, for he had not experienced such ease in providing for himself and others. In the morning the king told the sage that Kamadhenu was his and was taking her back to his kingdom to grant his people with sustenance and luxuries. This creates a sour turn of events and the king orders his 1,000 men to kill Vasishta. The Cow of Plenty emanates a tribe of warriors that eliminate all of the kings men within seconds. Turns out, Kamadhenu can provide his owner with whatever she is asked for.

Deeply remorseful of his actions the king renounces his queen and kingdom to start on the path of yoga. He has realized that material wealth is not going to lead one on the path of divine connection and contentment so he leaves his life behind to find god. The sage Vasishta proves to be a righteous example of how to live an embodied life so the king sets out to out do him. Hmph. Close, but still swayed by the ego he sets off for the woods alone.

The king sits in meditation for many years, gaining tapasya (practices of yoga which generate heat that burn through psychic impurities and cleanse). The gods start to get concerned about the power he is gathering through his practices of yoga so they send a diversion. A celestial nymph, Meneca, is sent by Lord Indra to lure Visvamitra out of meditation. Overcome by her beauty and voluptuous features, lust pushes the king out of meditation and he spiritually falls off the wagon.

Time goes by and the king stops in his tracks and remembers what he was doing before he and Meneca made a family. He has failed at yoga! So, he stomps back into the Himalayas to seek divine union and practice yoga…again. This same cycle repeats itself time and time again. Every human flaw comes to surface such as greed and jealousy and he is lured away from his tapasya. After each failure he is determined to start over.

The sage Vasishta has been watching all along. He sees the good in Visvamitra- his will and determination to keep trying to align with a righteous path, rather than his digressions. He bestows upon him the Gayatri Mantra, the sacred thread of words that venerate the sun as our source of conscious illumination. The sage sees the king as a reflection of what we all experience as humans and highlights him as a source of inspiration.

Originally I came across this story in a book on the source of the Gayatri mantra. Overtime the story was elaborated by my teachers. I’ve chosen to omit some details that I felt move us in a direction away from Vasishta. It is my retelling of the story.

When we practice the various stages of Vasishtasana, or challenging yoga postures in general, we are met with our human nature that’s easily distracted. May we continue to get back up and try again after our failed attempts. May we broaden our perspective and recognize our efforts just as the sage has done for the king. 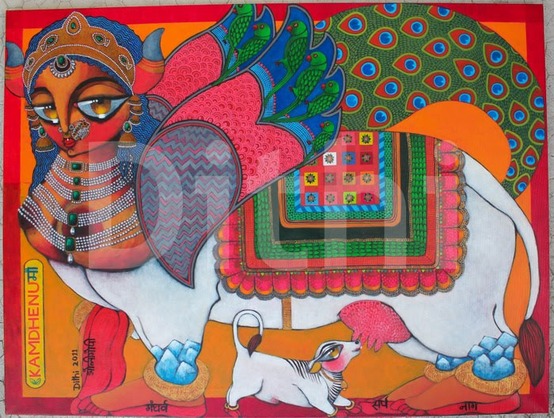 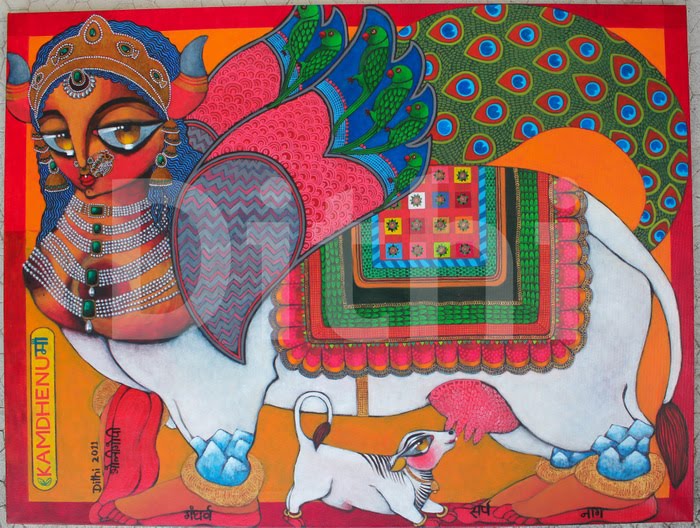