Toss asparagus with a little olive oil, salt and pepper. Put them under your broiler for 8-10 minutes to quickly tenderize and crisp them up.
Let cool and cut into 2" pieces.
Whisk dressing ingredients and drizzle over all the veg. Mix gently. Then add in the mint and toss to serve. 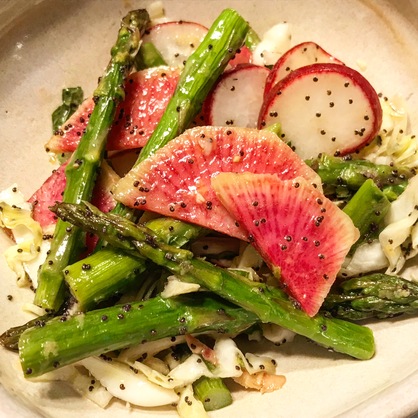 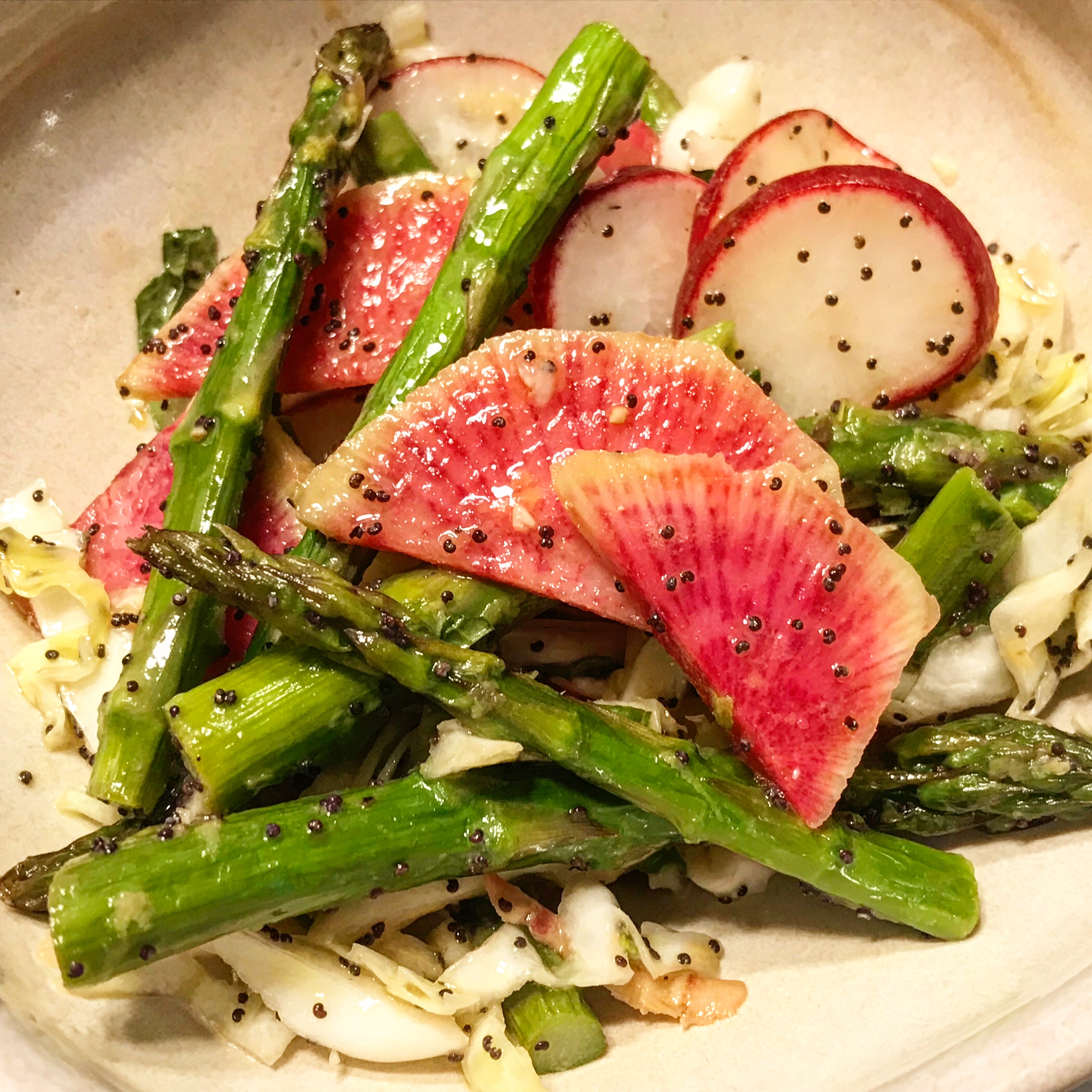